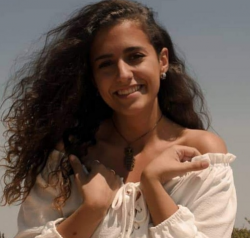 Candela Maldonado
Cande has been in the gaming industry for about 5+ years, working as a Localisation specialist, and has actually worked with Eric Barone himself. However, it would be her burning passion for Stardew Valley that would see her work to produce her own content on this wonderful, whimsical title. She adores helping the Junimos, meeting up with pals in the Stardrop Saloon, and is no stranger to the Skull Cavern!

Stardew Valley has something for everybody. If you like animals, you can raise cattle or even have a horse. More of a growing-and-sowing kind of person? You might want to check out the game’s 40 crops and fruit trees catalog. You could skip all the farming, go fishing, or even take on your RPG adventure in the mines.

ConcernedApe was, in fact, so concerned with keeping everyone entertained that he even included a game for when you get bored of the game. If you head to the Saloon, you’ll stumble upon this arcade called The Journey of the Prairie King. This game is as addictive as it is challenging. So buckle up for a frustrating arcade gaming session.

Unfortunately, The Journey of the Prairie King will only be playable while the Saloon is open, which is nighttime. The expression “Make hay while the sun shines” does not apply here, fellow cowboys.

This guide will walk you through the consumables, mobs, and stages of the Journey of the Prairie King in Stardew Valley. Giddy up, partner!

You can finish Journey of The Prairie King in less than 20 minutes. This guide should take you less than five.

Still, if you’re just here for some general tips, here’s a 60-second version:

Journey of the Prairie King Guide

Stay on the Offensive Side

There are safe spots, but this is not a game you can beat by playing defensively. You need to get out there and shoot enemies before they swarm up around you.

You’ll never run out of ammo, so what’s stopping you from spamming that trigger? Never stop shooting and do your best to take them down.

Also, shoot diagonally by pressing two direction arrows at once, it’s the easiest way to get enemies.

You should do you best to not miss out on any collectibles or coins. They drop pretty often, so you won’t be able to stay still for most of the game. Unless you are absolutely going to die for that coin, go for it.

If you find the right moment to use a power-up, do it. As I said, collectibles come and go all the time, so there is no real incentive to hold onto them.

Not All Power-ups are Created Equal

Some power-ups, like the shotgun or coffee cup, should be used relatively soon after you get them. This will help you free up space for the more powerful ones like the nuke or the sheriff’s badge.

There’s a timer above your screen. It intimidated me the first time I picked up Journey of the Prairie King. Turns out you can ignore it altogether, so don’t let it bother you.

As of 1.5, you can save your progress and pick it up where you left off later. Take advantage of this. Journey of the Prairie King is not an easy arcade game. I can’t tell you how many times I got frustrated and rage quit. If you’re just not having fun anymore, take a break and save your progress.

Some random enemies will drop consumables. You can stack them up, but there’s a storage limit. It’s not that you’ll become slower like in Skyrim. But you won’t be able to pick more up when your inventory is full.

Every now and then, a Merchant will make an appearance after you’ve cleared a level. Make sure to save some coins to buy some stuff from him.

Make sure you target whichever enemy is closest to you first, then aim for those who are the most dangerous.

How to Get the Fector’s Challenge

The catch in the Fector’s Challenge achievement is that to get it, you have to beat the game’s ten levels without dying once.

Considering how much our energy plays a factor in the game, it can get frustrating to keep dying because you need to rely on enemies to draw power-ups or coins. Luckily for you, since patch 1.5, there is a reliable method of progressing through the game. When you beat the level, the game saves your progress and allows you to continue playing from that level.

You can beat one level at a time without dying. When you get to the next level, you quit the game and then go to sleep to save your progress. After that, you continue playing on the next in-game day.

The Merchant’s Upgrades are a Must

Once every two rounds, the merchant will show up and offer you three upgrades. Remember that you should always try to buy something from the merchant when he shows up. The guy does not show up at random; he always shows up at the same levels. So if you don’t buy something when he pops up, you’ll ultimately miss an upgrade.

Pick up every coin you can, especially in the early stages, since they are more accessible.

Keep a Power-up Under Your Sleeve

Always have a power-up under your sleeve to escape incoming damage. Ideally, it should be the best power-up you have. If you pick one that’s better, go for that one instead. Here’s my personal ranking:

What Your Stage by Stage Progression Should Look Like

If you want to earn Fector’s challenge, you’ll need upgrades. This is how your upgrades should look after each stage.

The first stage is your money-farming machine. You should be fully accustomed to its difficulty now, so you should exploit it for coins.

Buying the first Ammo upgrade in stage one. If you can’t manage it, you should restart it here.

Make sure you grab the following upgrades to avoid making stage 3 your own personal hell.

Before reaching the final boss, you should have the following upgrades:

Boots are also a good plus, but not required.

Question: When does the Saloon open in Stardew Valley?

Answer: Gus will open the Saloon daily at noon. He’ll close at midnight.

Question: What are the rewards for beating The Journey of the Prairie King in Stardew Valley?

Answer: If you beat the Journey of the Prairie King, Gus will gift the arcade machine to you. That means you get to place it in your house and boast about your arcade skills to all your guests, spouse, and children.

Question: How do I get the Fector’s Challenge achievement in Stardew Valley?

Answer: The Fector’s Challenge achievement is rewarded to those who can complete The Journey of the Prairie King without getting hit even once. Arcade deities, the lot of you!

The journey to becoming a Prairie King is indeed a tough one. However, Stardew Valley always rewards its bravest players with the best achievements.

How’s this for motivation? If you get the Fector’s Challenge, you’ll be amongst the top 0.7% of Stardew Valley’s players. Or at least those interested in partaking in this fun, engaging, and admittedly frustrating adventure.