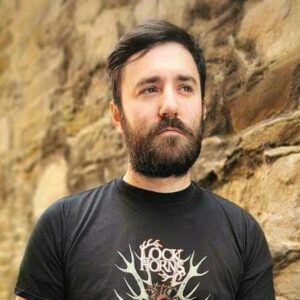 Callum Marshall
Callum is the gaming managing editor and a certified Stardew Valley aficionado, pouring hundreds if not thousands of hours into this relaxing indie title. While overseeing the day-to-day running of the site, you'll commonly see Callum carve out some time to produce some content on one of his favorite games of all time, and lead from the front. Callum has been around the block within the gaming industry, working as an Editor-in-chief for a number of well-respected gaming outlets, he has worked as a games tester, he has gaming podcast experience, has worked in gaming PR. Basically, you name it, and Callum was probably there or somewhere on the periphery.

Your farming journey is your own to craft, and this game is courteous enough to give you the freedom of player choice from start to end. However, that isn’t to say that this game doesn’t provide the player will some quests to keep them busy, should they decide to take on the burden of these quests.

Stardew Valley will ask the player to complete quests in a variety of different ways. Players will either be set specific, guaranteed tasks via a letter in the mail, they will be able to pick up quests from the daily bulletin board, or you can eventually take on special requests near Lewis’ house that offer special rewards.

However, in the early stages of the game, these guaranteed quests offer a quick injection of cash, and if you are aware of the quest involving Mayor Lewis’ special purple undies, you’ll know that these quests can provide fun long after they are offered to the player.

So with that in mind, we want to focus on one of the earlier quests in this game, the Linus Basket quest. We want to give you all the information that you could possibly need about this quest so that you can complete it in a rapid time and get that quick injection of cash to get your farm up and running. So without further delay, here is our comprehensive Linus Basket Stardew Valley guide.

Linus is Stardew Valley’s most pure ray of sunshine and one of my personal favorite characters in the entire game. You’ll find Linus living up in the mountains near the mines, where he has pitched a tent and set up camp. He’s pelican Town’s one homeless resident and generally keeps to himself.

However, Linus is a loving and generous soul with loads of love in his heart, and if you take the time to get to know him, you’ll realize that he is just as much of a part of the community as anyone else. So any time you are heading up to the mines, pop into Linus’ tent and bring him a little gift; he deserves it.

What is the Linus Basket Quest?

The Linus basket quest is otherwise known as Blackberry Basket and is a quest that the player will receive via a letter on the eighth day of Fall. The concept for this quest is that as it is fall, the blackberries are now growing on the various bushes dotted around the town, and sadly, Linus has misplaced his berry basket.

Well, he has enlisted the help of the town farmer to keep an eye out for this basket and bring it back to him before the blackberry season is over. This is a simple fetch quest that players should be able to fit into their day to day routine with ease. Plus, even if it was a huge ordeal, who could you possibly say no to Linus?

How to Complete the Linus Basket Quest

So Fall is in full swing, and you have received your letter in the mail to begin this quest. So now you may be wondering how to go about this quest and get Linus his basket back as quickly as possible. Well, that’s what we are here for. In this guide, we will offer a step-by-step guide on how to complete this quest and reap the rewards that come with it. Check it out below:

Step One: Check Your Mail

First thing is first, you need to begin this quest, and you can’t do that without checking your mail at the start of the day. So when the calendar reads the 8th of Fall, you need to go up to your mailbox and read the letter. The letter should read as follows:

“Hello, It’s blackberry season right now, the bushes are full of them, I want to pick some, but I have lost my basket. Can you help?”

Then all you have to do is click ‘accept quest’, and the basket will appear in the world of Stardew Valley for you to retrieve for Linus, and the quest begins.

Step Two: Head to The Tunnels

There is only really one component of this quest which the player needs to be able to do if they want to complete it, and that is finding the basket. Thankfully, we can direct you exactly where you need to go. If beginning from your farm, you’ll want to head out the right-hand side exit and head toward the bus stop.

Once at the bus, you’ll want to walk around the left-hand side of the bus and then walk along the road, heading into a new area that you may not have known existed until now. This will lead you to a new area that leads out into the tunnels, an area that will be revisited during the Mysterious Qi quest later in the game.

However, just before the tunnel, you’ll see a little blackberry basket. Just head up to this one and interact with this basket, and this will be added to your inventory. Now, it’s time to get this basket back to Linus.

As we mentioned above, if you want to find Linus, he will almost always be up in the mountains and generally sticks to the area around his tent. This is up on the ridge near the Pelican Town mines, just beyond Robin’s house.  Occasionally he will be at the Spa or at the Night Market in the winter, so depending on when you decide to complete this quest, he may be in one of these two places too, so be sure to check them if he isn’t at home.

Once you catch up with him, scroll through your inventory until you are holding the basket and then interact with Linus to give him the basket. He will be very pleased to have his special basket back, and this will conclude the questline.

What Rewards Are Available From This Quest?

When most of these requests are made for the player to find items and complete quests, there usually tends to be a monetary reward for your efforts. However, considering that Linus is homeless and lives off the land, it doesn’t really make sense for this quest to offer a cash reward, and we doubt you would feel comfortable taking cash from Linus anyway.

So instead, this quest rewards the player with a one-heart relationship boost between you and Linus. Adding hearts to relationship status in Stardew can usually take a good amount of time and quite a few gifts, so although you won’t walk away with no cash in your pocket, this is still a very worthwhile reward.

What Other Quests Occur in the First Year?

The guaranteed quests in Stardew Valley are few and far between as the game doesn’t want to bombard the player with a laundry list of things to do. However, there are still quite a few quests on offer in the early stages of the game, and we want to make you aware of them all. So here is a quick rundown of all the guaranteed quests offered to the player in the first year of Stardew Valley:

We admit, most of these quests occur in the first few weeks of the game. However, these quests, along with the wealth of other options and activities the player has to juggle in this game. We assure you that these quests should keep you pretty busy until next year’s quests roll around.

Get Linus His Basket For Blackberry Season!

As you can see from the information above, the Linus Basket quest is a simple quest that is quick and easy to complete, allowing you to help out Linus, Stardew Valley’s one true ray of sunshine, and get some hearts on the board for he and your relationship.

The best reward that you can get from quests like these are quick boosts to your heart status with each character, and with a one heart boost on offer for very little work, this is a very lucrative quest indeed. We hope that this guide serves you well and that you get Linus his basket in time for Blackberry season! Thanks for reading, everyone!

Answer: This often depends on the playstyle and the activities that players of Stardew Valley prioritize. Most of the time, these quests tend to be as simple as finding one item and delivering it to the character who requested it. However, some quests ask a little bit more from players.
Some examples of the harder quests in Stardew Valley include The Mysterious Qi questline that asks the player to explore and solve puzzles. The Skull Cavern quest asks players to reach the 25th level of the Skull Cavern mines and the Goblin Problem questline acts as a quest that is as close to a traditional RPG questline that you will find in Stardew Valley.

Question: What Are Special Requests in Stardew Valley?

Answer: Special Requests are tasks similar to those that you will take on via the bulletin board in town. However, special requests are accepted on a different board in town, and they ask a lot more of the players. You will have a choice of two tasks, and the quests that you get sent on will be heightened and thematic versions of the random quests that are found on the normal bulletin board.
The rewards on offer are well worth the heightened difficulty, though, as the items that you get and the recipes that you learn how to craft will serve you well time and time again in the mid to late game. So be sure to complete these as soon as you get the chance.

Question: Why are the Mayor’s Shorts So Special?

Answer: We could probably write an essay on why Mayor Lewis’ shorts are more than just a simple quest item, but we would like to keep it brief.
Not only do these shorts further the secret story pertaining to Lewis and Marnie’s relationship, but they also allow you to make some money via their respective questline, they also give you a fun way to get disqualified from the Stardew Valley Fair, and they offer a hilarious way to ruin the Stardew Valley Luau, and this isn’t even an exhaustive list.
So be sure to hold onto these shorts and try to use them in a creative way, making the mayor blush.